About the Research Centre in International Relations Forum

This forum seeks to provide a platform for the engagement of members of the centre with the public and an outlet for small articles on a range of research interests, as well as contributions from guests. The previously named Centre for the Study of Political Community and the International Political Sociology group have recently formed the Research Centre in International Relations (RCIR): The Study of Political Community, Conflict and Security.

The  Research Centre in International Relations at King’s College London has been involved in the SOURCE Network of Excellence. Funded under the 7th Framework Programme of the European Commission, this project lasted from January 2014 to December 2018. Coordinated by the Peace Research Center of Oslo (PRIO), the SOURCE Network of Excellence aims at creating a robust and sustainable virtual centre of excellence capable of exploring and advancing societal issues in security research and development. The SOURCE Network of Excellence is built upon five types of activities: networking activities, research, information gathering, education and training, and knowledge-sharing. A great deal of the fundamental research activity falls to the RCIR, which is in charge of conducting Workpackage 4 on mapping the professionals and institutions of societal security in Europe. To this end, RCIR will develop a set of methodological principles articulating qualitative and quantitative methods. It will then study discourses on societal security, conduct interviews with top- and middle-management of EU security agencies such as Frontex, Europol, or ENISA. Particular emphasis will also be put on the role that private firms play in defining the relations between society and security in Europe.

This is a curated forum: to comment on any piece or a response to an existing one please email rcir@kcl.ac.uk. The forum is curated by IR scholars in the Department of War Studies at King’s College London. The academic members of the centre are: 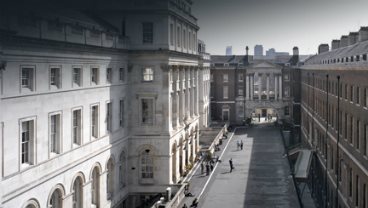 The views expressed here are those of the members of KCL RCIR and in no way reflect the views of King’s College London or the Department of War Studies.